Beach destinations can be pricey...especially in Europe, so bare with us. These may not be the absolute cheapest in the world in comparison to SE Asia and the Caribbean, but this is Europe and each one of the following offers excellent value for the experience. 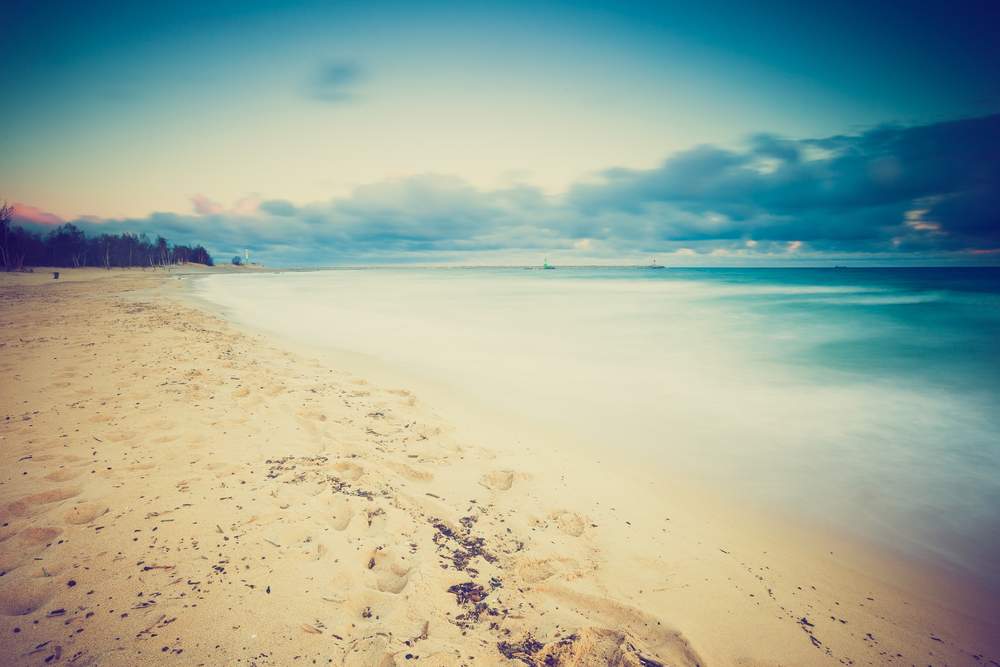 Poland isn’t a place most people would consider for a beach vacation, yet on the northern coast is an area called the Polish Riviera. Along the Baltic coast, you’ll find miles of sandy shores, including some of the biggest sand dunes in Europe, and beach resorts that cost a fraction of the price of their Mediterranean counterparts.

Places such as Sopot, Gdansk, Gdynia or Ustka are some of the best places to spend a beach vacation in the country. Ustka is particularly famous among German tourists (the border is just 250 km away). There are two beaches in Ustka, out of which the Eastern Beach has more facilities, bars and restaurants, as well as a waterfront promenade.

- Food and drink are equally affordable; a beer won’t set you back more than about $2.00 CAD.


1.00 CAD dollar equals 4.26 Polish zloty, which puts dorm rooms in Sopot under $20.00 CAD, even in high season. Rooms in Sopot start at $60.00 CAD per night (double occupancy), while double rooms in seaside hotel in Ustka start at around $65.00 per night.  Food and drink are equally affordable; a beer won’t set you back more than about $2.00 CAD and an entree at even the poshest beachfront restaurants is generally under $16.00 CAD, with casual fare much cheaper.

The closest large airport is in Gdansk. It is a hub for WizzAir, which offers flights from various large cities in Europe. Ryanair also flies here. If you fly from North America, you’ll have to make as stop in another city, like London or Warsaw, and then continue on a low cost carrier.

For years Malta has remained one of the biggest secrets in Europe. It doesn’t get the same attention as France or Italy, but it has its fair share of superb beaches and excellent diving conditions. The island most travelers visit in Malta is Gozo. Aside from the beaches, it also offers historic fortifications and interesting churches.


Dwejra is considered the best beach in Gozo, and most travelers come here for the snorkeling, but you’ll also find many travelers just  hanging on the beach soaking up the sun. Gozo’s off-the-radar status helps keep the prices low. Rooms in Gozo start around $65 per night during the summer months.

Malta has its own airport, which is a hub for Air Malta and Ryanair.  If you fly from North America, you need to make a stop in London, Amsterdam or Rome, before continuing on a low cost carrier. Alternatively, you can take the ferry from Catania (Italy) or Pozzallo (Italy) to get to Malta. 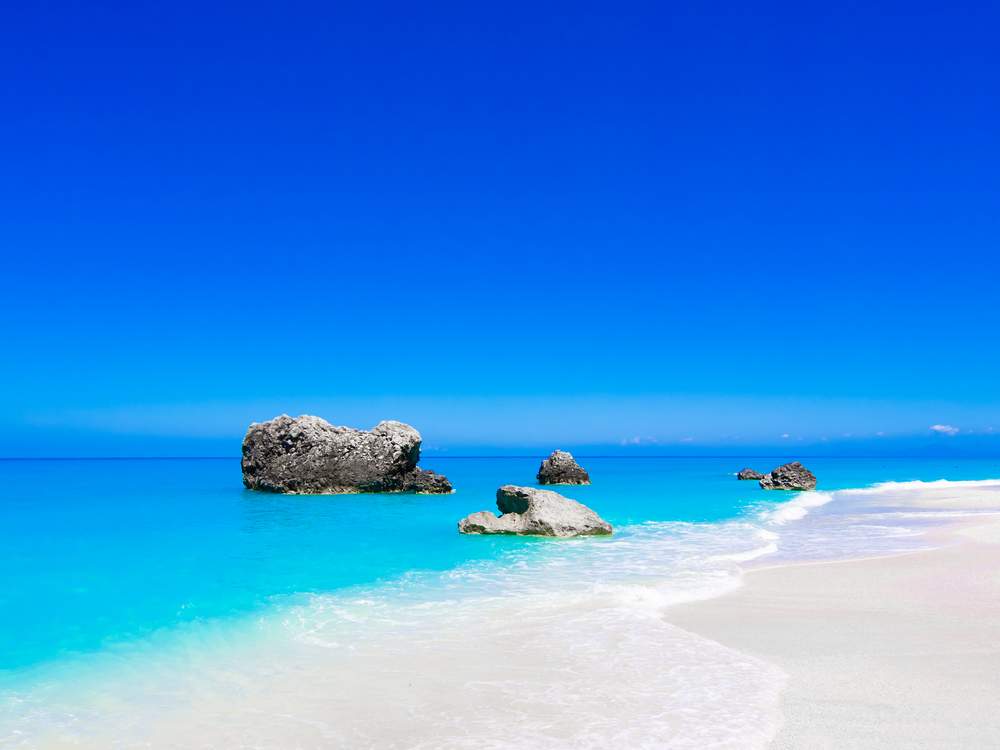 Greece has been known for years as a cheap beach vacation destination. It has long offered a good alternative to the pricier Italian, or French, beaches, and has become even cheaper lately thanks to the country’s economic woes.

On the mainland, the entire Halkidiki area is your best bet if you are on a low budget but still want crystal clear water and white sandy beaches. Book your vacation ahead of time (typically by mid-March or April) to get even bigger discounts. If you are looking for cheaper islands, Thassos is a good choice, but so are Zakynthos or Corfu.

“If you are looking for cheaper islands, Thassos is a good choice, but so are Zakynthos or Corfu.”


Cheap and basic studio accommodation is plentiful in Halkidiki,  Thassos , and Zakynthos, where you can find a room for as little as $20.00 CAD per person.  Eating in Greece is equally cheap, if you go for budget dining. Gyros cost around $6.00 CAD while dinner in a taverna can be had for around $15.00 CAD

Most of the Greek islands are served by seasonal flights run by various European low cost carriers. Or you can fly into Athens or Thessaloniki and then take a domestic flight or a ferry to the island of your choice. 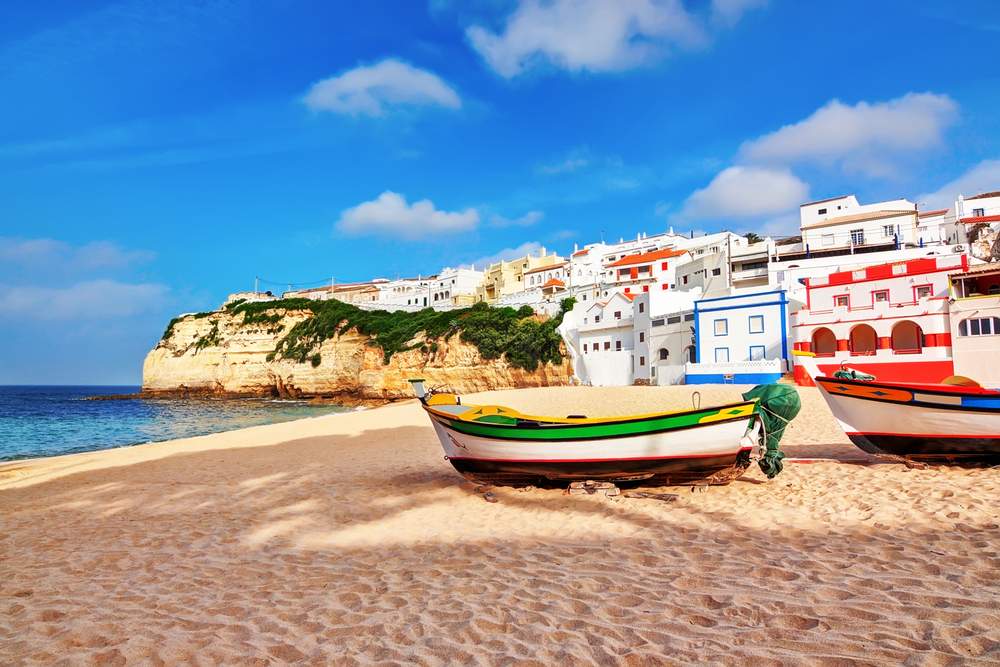 Portugal shares Europe’s Iberian Peninsula with Spain, and competes with its neighbor, as well as Italy and France, when it comes to beach destinations. Like those other countries, it also offers excellent regional cuisine, several regions for wine tasting, and a diverse landscape that ranges from rocky cliffs to white sand beaches to verdant valleys to rolling plains.

The Algarve, with its beautiful beaches and picturesque coastline, is Portugal’s most popular vacation destination and offers a variety of choices from built-up (and more crowded) beaches lined with resorts to secluded slices of sand that you may have to work a bit harder to reach. The island of Madeira is also a good choice, especially since you can travel here year round and still enjoy the sun and the sea.

--The island of Madeira is also a good choice, especially since you can travel here year round and still enjoy the sun and the sea


Beach accommodation in a single room in a guesthouse can be had for $40.00 CAD or less in many towns of the Algarve, and, like elsewhere in Portugal, food and drink is a bargain when compared to the costs of neighboring Spain. A glass of port or local wine can be found for about 3.00 euros and a platter of fresh local fish is generally under 15.00 euros.

Many major airlines and low cost European carriers fly into Portugal. If you fly from North America, you’ll most like land in Lisbon. And from there you can take a domestic flight to the desired destination or take a bus or train. If you are already in Europe, you can fly into plenty other smaller airports; Faro is one of the most popular of them. 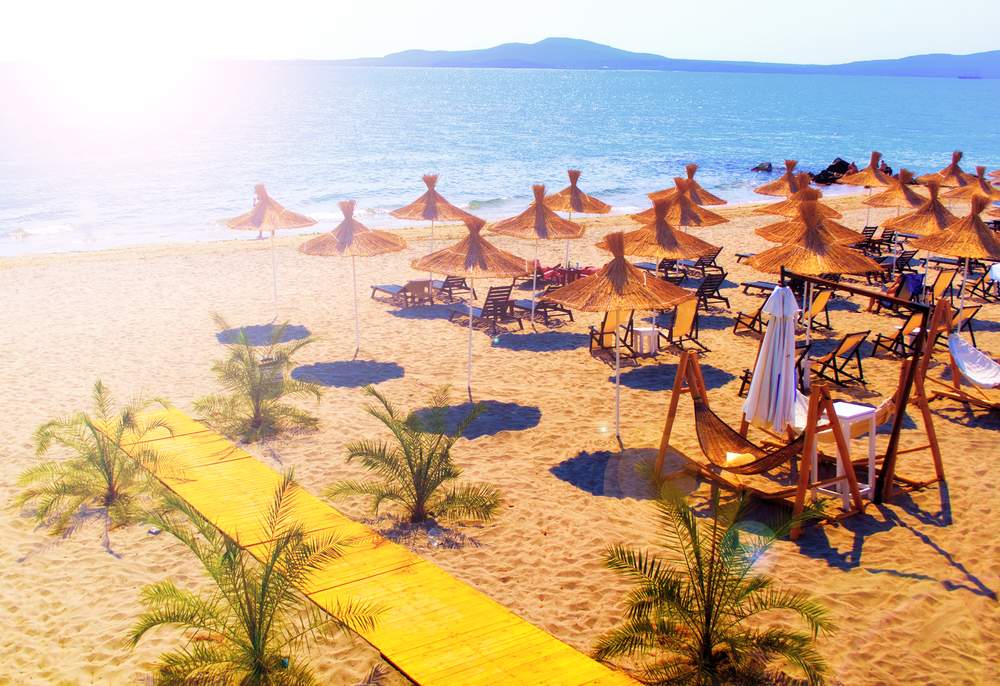 Located on the shores of the Black Sea, Bulgaria offers a cheaper and warmer beach destination than its neighbor, Romania. It’s just as cheap as Greece’s low cost resorts and is also a good alternative to the Turkish Riviera.

Albena, Balchik, Nessebar and Sunny Beach are good options for those on a low budget. There are some sights to see in Varna and Balchik, but, in general, all these resorts offer the typical sun, sand and partying experience, on a smaller budget.

-- It’s just as cheap as Greece’s low cost resorts and is also a good alternative to the Turkish Riviera.


Accommodation in Albena starts at less than 45 Bulgarian lev, or about $30.00 CAD in 2 star hotels, breakfast included. In Nessebar, rooms start at just over $25.00 CAD per night  in 2 star hotels.  Dining and drinking are just as inexpensive, with a good dinner for two with glasses of wine available for under $25.00 CAD; a beer will set you back about a $1.00 CAD in most places.