Gringos On The Run reveals the shocking truth behind 20 of the most hotly debated air travel mysteries.

Are all pilots rich? Can you get sucked down a toilet? And what is rule 240? Everything you wanted to know about air travel but were too afraid to ask.

1. Is it true that you get drunk quicker on a plane?

The myth is that a lack of oxygen on-board means alcohol will go to your head much faster in the air than it would on terra firma. However, research found that there are no notable differences between drinking on the runway and 12,000 feet up. The same applies whether you’re in the pub or the sky: six glasses of champagne before breakfast will get you a bit squiffy.

If you doff your cap to crows and avoid black cats, then you’ll appreciate this. Rather than spook superstitious flyers, airlines remove row 13 from their aircraft. Lufthansa also fly without row 17 to avoid unnerving Italian flyers who consider this number unlucky too. Alaska Airlines are one of the few who actually operate aircraft with a row 13. Why they do is a mystery.

3. Do planes still avoid the Bermuda triangle? (and did they ever?)

Legend has it that over 1,000 planes and ships disappeared while crossing the area betwixt Bermuda, Puerto Rico and Florida. So you’d forgive pilots if they preferred to give it a wide berth. But they don’t…and they never have. Planes have travelled across the mysterious zone for years and continue to do so despite the myths. It’s possibly worth the risk when the only other option is a 1,800 mile detour.

4. Is it true that all airplane toilets must be fitted with an ashtray, even though smoking on planes has been banned for nearly 15 years?

Yes. US government agency The FAA, says that all planes must have ashtrays on board, and this has been adopted by airlines worldwide to ensure flight safety. The rule came into effect after a discarded cigarette caused a passenger jet to crash in 1973. So even though smoking on airplanes has been illegal for almost two decades, they still provide ashtrays in case smokers cave in to their cravings and take the risk to light-up on-board.

5. Do cabin crew have to be within certain size and weight limits?

Cabin Crew must be above 5’2” in order to reach the overhead compartments (usually about 6’ high) and manually deploy the evacuation slides in an emergency. At the other end of the scale, if you’re taller than 6’2” then you might have a little trouble folding yourself into the cramped galleys. As far as waistlines go, there are no strict rules, as long as you can serve a diet coke during turbulence.

6. Can lightning make a plane crash?

You’d think a big chunk of metal flying through a storm would be a likely target for lightning. Well, it is. Lightning strikes every commercial plane on average once a year. But don’t worry (!) the last plane to actually crash as a result was in 1967. Nowadays, airplanes have to successfully pass a number of rigorous lightning certification tests and most people only report slight turbulence if lightning strikes.

7. Would a plane explode if you fired a gun on-board?

If you’re Harrison Ford in Air Force One, then you’ll probably be fine. It depends on what gets hit. If a bullet goes through the side of the plane, it’s no biggie. Cabin pressure will compensate for any pressure leaking out of the hole. If a bullet goes through a window, that’s slightly more worrying. All the air rushes out the window, so it’ll take anything with it that’s not strapped in. If it hits the fuselage then there’s the potential for an explosion, and it’s probably a good idea to make a quick exit, which could be problematic.

8. Could you really get high on oxygen from emergency masks?

Brad Pitt seemed to think so in Fight Club. But then again, maybe we shouldn’t get our 'scientific facts' from a fictional character. The real answer is no. Whilst oxygen could technically make you feel a little more chilled, breathing 100% oxygen is actually very harmful. It’s a loss of oxygen that can make you feel ‘high’ so airlines provide emergency masks so that you stay alert if the cabin pressure suddenly drops.

9. Is it true that no-one is allowed to stand up while the pilot is in the toilet?

When the seatbelt sign lights up, all passengers must remain seated. Depsite what you may assume, it's not because of unexpected turbulence - usually it's when the pilot is making a break for the bathroom. The number one cabin crew member will guard the flight deck door to prevent anyone storming the cockpit. Just hope they don’t get engrossed in the sports section, or lock themselves in like this poor pilot. 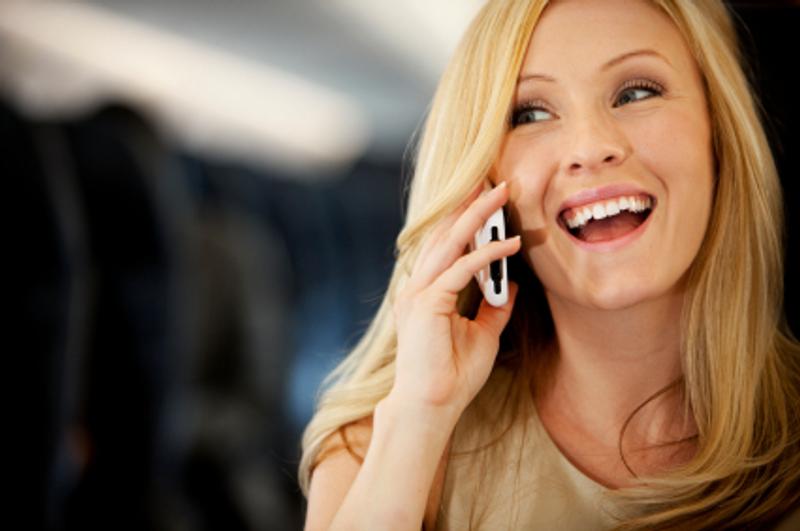 10. Can mobile phones (or other electronic devices) really cause problems on a plane?

Your little iPad alone would not cause a flutter in a plane’s navigation systems. If everyone kept their mobile or electronic gadgets on then the combined interference from all these devices might be an issue. However, little is known about the real effects of staying switched on. So it’s more of a precaution. But it’s probably best to stick to the rules, just in case. It would be rather embarrassing to cause a plane crash.

11. Are the seats closest to the exits the safest in case of a crash?

Whilst the extra legroom is a luxury, sitting by the exit has no real impact on your chances of surviving a plane crash. Accidents involving aircraft happen for a number of different reasons, making it impossible to say that one seat is safer than any other. If the aircraft was to catch fire then being next to an exit might be handy, less so if the doors fly off and you get sucked out first. Simply knowing the location of your nearest exit is probably your safest bet.

12. Is it miles better in the Mile High Club?

What’s so good about being a member of the Mile High Club? One theory is that the brain gets less oxygen at higher altitudes, meaning that certain sensations are exaggerated. However, because the air is pressurised in the cabin to imitate being on the ground, being at altitude won’t affect you at all. So, it's got nothing to do with science at least.

13. You’ve got a good chance of catching a cold on a plane

Does the recycled air on planes spread germs? The short answer is no. Aeroplanes are fitted with a High Efficiency Particle Air Filters (HEPA) system. This takes air from outside, mixes it with the recycled air and then filters it, capturing airborne germs and pumping clean air into the cabin. A complete air change occurs every two to four minutes.

There have been a handful of incidents in which passengers have had sleeping pill-induced moments of craziness and tried to open the doors mid-flight. Whilst they were usually wrestled to the ground by fellow passengers and attendants, there really was no need for concern. The doors used in commercial airliners are called ‘plug’ doors. Because the pressure seals the door, you would need the strength of 100 bodybuilders to open them. If you happen to get on a plane with 100 bodybuilders however, start worrying…

15. Can you get sucked down a plane toilet?

Related plane toilet rumours have it that you can get stuck to the loo seat, and even have your insides sucked out! In cult film Soul Plane a character sues the airline after being sucked into the toilet during a flight. However hard this is to believe, this is in fact fiction. It is technically impossible due to its shape and size of a modern aeroplane toilet. Much as you’d like to prove us wrong, don’t try this at home – it won’t work there either.

Not necessarily. According to a pilot from Jet Blue, it takes a long time to work up to a good salary. Starting out, you can only expect about £20,500, and working your way up to the top takes time and hard work. Gaining your own Commercial Pilot's Licence will cost you £35-50,000. Airlines used to sponsor all pilots' training, but these days this is usually on offer only for younger candidates. Pilots dislike the stigma that they are all rich, even if does give them a certain pulling power. The life of your average pilot is not glamorous: a lunch-hour at Luton and tea break at Teesside isn’t all it’s cracked up to be.

17. Can I get an upgrade if I complain about my seat?

It is pure myth that a flight attendant can upgrade your ticket whilst you are actually seated, even if it’s on fire. We revealed the many tricks people will try to get an upgrade, but according to Heather Poole, author of Cruising Attitude, you won’t get it from a flight attendant. Your best bet is to enquire politely at the check-in desk before you board the plane. But don’t try to chat up the airline staff. You’ll only embarrass yourself.

18. Diet cola is difficult to pour at altitude

Yes, it it’s true. Fizz combined with altitude makes it harder to pour diet cola than any other drink. Apparently, in the time it takes to pour one, a flight attendant could serve three other passengers their drinks. So if you want to annoy the cabin crew, now you know what drink to ask for. Just be careful, these people are serving your food!

19. Do planes collide with birds on a regular basis?

Yes they do. And yes, poor birds. Although there have been some extreme cases, most of the time you won’t even notice. As with most things, a plane is most at risk at take-off and landing as they cruise at a good deal higher altitude than most birds. Some airports are in close proximity to large concentrations of birds, for example, JFK and Jamaica Bay Wildlife Refuge on Long Island, New York, but birds do their best to keep out of the way.

20. Why do you have to open the window blinds for take-off and landing?

This isn’t a requirement for all airlines: Captain John Cox explains that it is at their discretion. However, the reason why some airlines prefer to have the blinds open is because in the very, very unlikely event of an emergency, services can see inside the plane. The lights are dimmed so evacuating passengers’ eyes can adjust to the outside light.